The most realistic Bass, Walleye, Pike and Musky Tackle.

Never before has mimicking bait fish been perfected as well as with the Lucky Strike Live Series Lures. From ultra-realistic patterns and the most life-like swimming action in the water, to the variety of sizes and colours, and our front-end weighting system that adds unparalleled precision and versatility, this is serious tackle. It’s no wonder this lure lineup is quickly becoming a top choice for anglers across North America and abroad. In this article, we’ll take an in-depth look at the Lucky Strike Live Series Lures lineup.

Live Series Lures offer Realism and Versatility
In order to successfully mimic the look of freshwater bait fish, Lucky Strike needed to consider tackle colour, pattern, size and movement. The following features were combined for the first time in Canada, by Lucky Strike.

Recommended Equipment to use with Live Series Lures
The Lucky Strike Live Series Lures lineup is capable of attracting a variety of large freshwater species. Since these lures target Bass, Walleye, Pike and Musky, we recommend considering a Basket Net or Cradle Net for maximum safety and ease when landing your next big catch. For large Musky and Pike, consider using a steel leader. 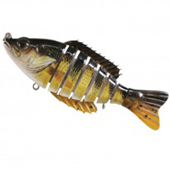 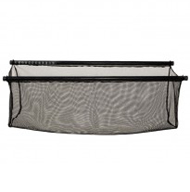 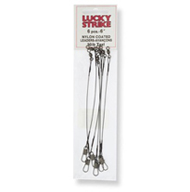 If you have questions or you’d like to learn more about the products featured in this article, please contact our Sales department at info@luckystrikebaitworks.com.

Quickly and Affordably Build or Extend your Tackle BoxAnglers require variety. Whether preparing ...

Have a question about our products or services? Our experts know Lucky Strike inside and out. They are ready to answer your questions and give you exactly the information you need.

Join our newsletter to receive information to help you get the most out of your fishing experience.

By signing up, you agree to receive Lucky Strike offers, promotions and other commercial messages. You may unsubscribe at any time.